What a difference a month makes.  Last month, we began our Health IT Monthly Insight with “Ten years into the bull market, we operate in a heightened state of awareness for any indication of market weakness that may signal a downturn.”  It didn’t take a “heightened state of awareness” to see the market unravel at the end of the month as a result of the global shock from Coronavirus.  The broader markets fell ~11% during the week, the worst decline since 2008, and healthcare indices dropped a precipitous 10-16%.  Fueling the flames on the healthcare front was increasing sentiment that Bernie Sanders, with the most disruptive Medicare for All plan on the ticket, could lead the democratic ballot in November.  Given the likelihood of a Coronavirus-induced economic slowdown, the global markets are in a state of disarray and uncertainty.  From a capital raise and M&A perspective, transactions are pressing forward with an unspoken caveat.  Like everyone else, we cautiously press ahead, closely monitoring both the global health crisis and election year politics.  Meanwhile, Coronavirus has not infected health IT…yet. 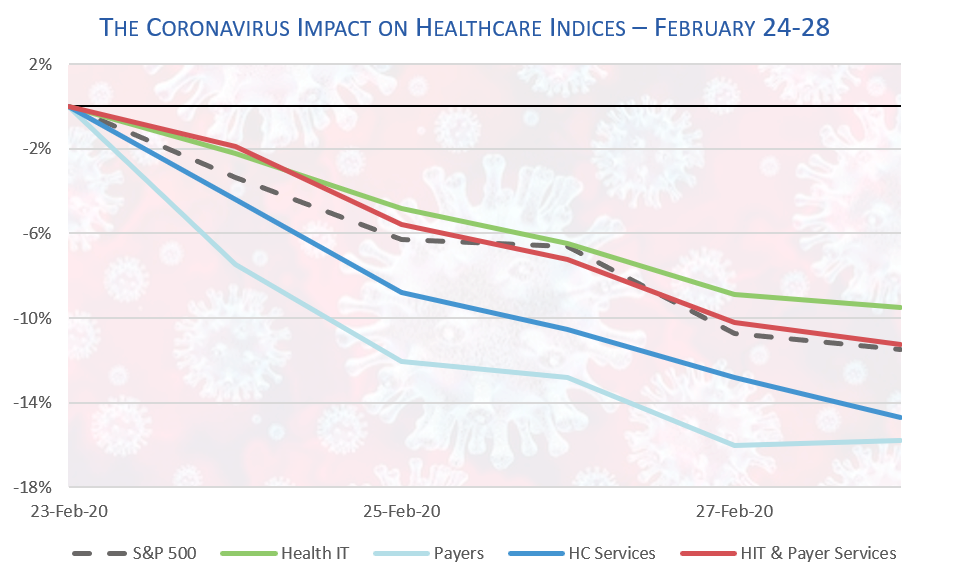 Noteworthy buyout transactions during the month include:

Noteworthy investments during the month include:

Noteworthy IPOs during the month include:

HGP tracks stock indices for publicly traded health IT companies within four different sectors - Health IT, Payers, Healthcare Services, and Health IT & Payer Services. The chart below summarizes the performance of these sectors compared to the S&P 500 for the month of February: 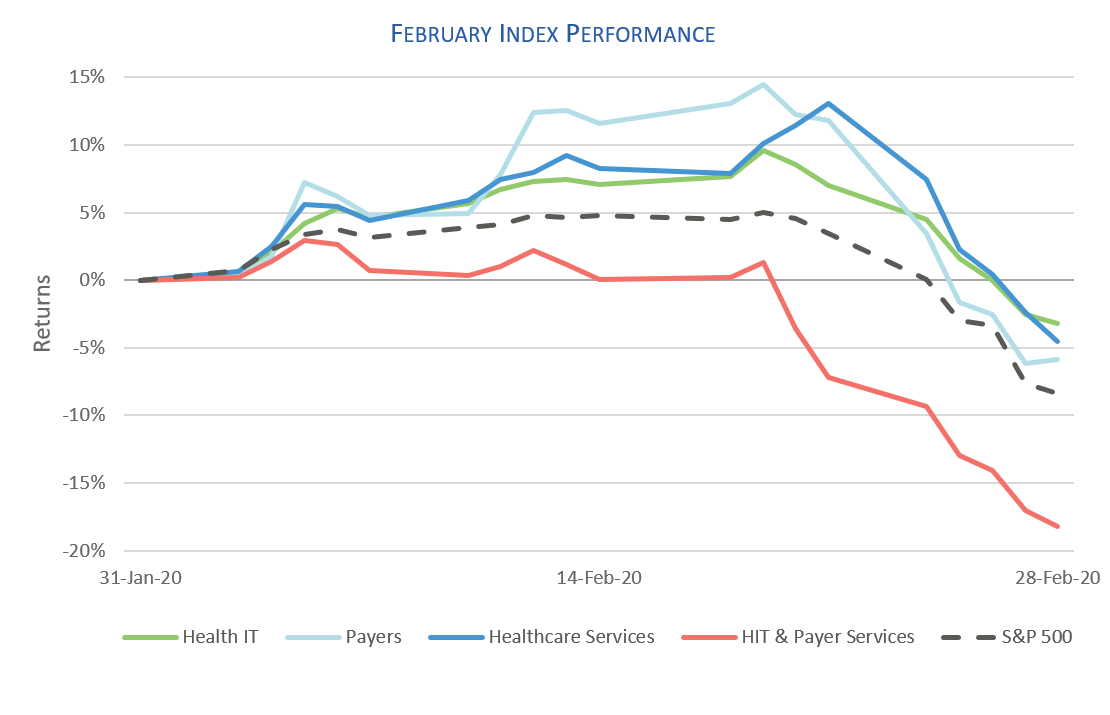 The following tables include summary statistics on the four sectors tracked by HGP as well as the S&P 500 and NASDAQ for February 2020: