In mid-January, HGP released its year-end Health IT Market Review, which included findings from our latest bi-annual Health IT Private Equity Survey.  Among the feedback from the 100+ funds that responded to the survey, investors scored Payers and Employers as the most attractive end-market, taking over the top spot from Hospitals and Health Systems (in our 2016 survey).  This trend is evident in January’s transactions and headlines, with noteworthy news and investments relating to opportunities and transactions in the payer, employer and pharmacy markets.  We look forward to closely monitoring the ongoing disruption in these key sectors, which increasingly play on the thesis of consumer driven healthcare.

We normally call out select transactions, but given the volume and distribution of deals in January, we’re bucketing transactions by key themes that were evident during the month:

As discussed, benefits management remains a top category for investors, with multiple sizable deals announced during the month:

Lifestyle and personal wellness is a hot category, sometimes including companies that leverage prescription drugs to effectively serve as online pharmacies:

Other noteworthy deals during the month include:

HGP tracks stock indices for publicly traded health IT companies within four different sectors - Health IT, Payers, Healthcare Services, and Health IT & Payer Services. The chart below summarizes the performance of these sectors compared to the S&P 500 for the month of January: 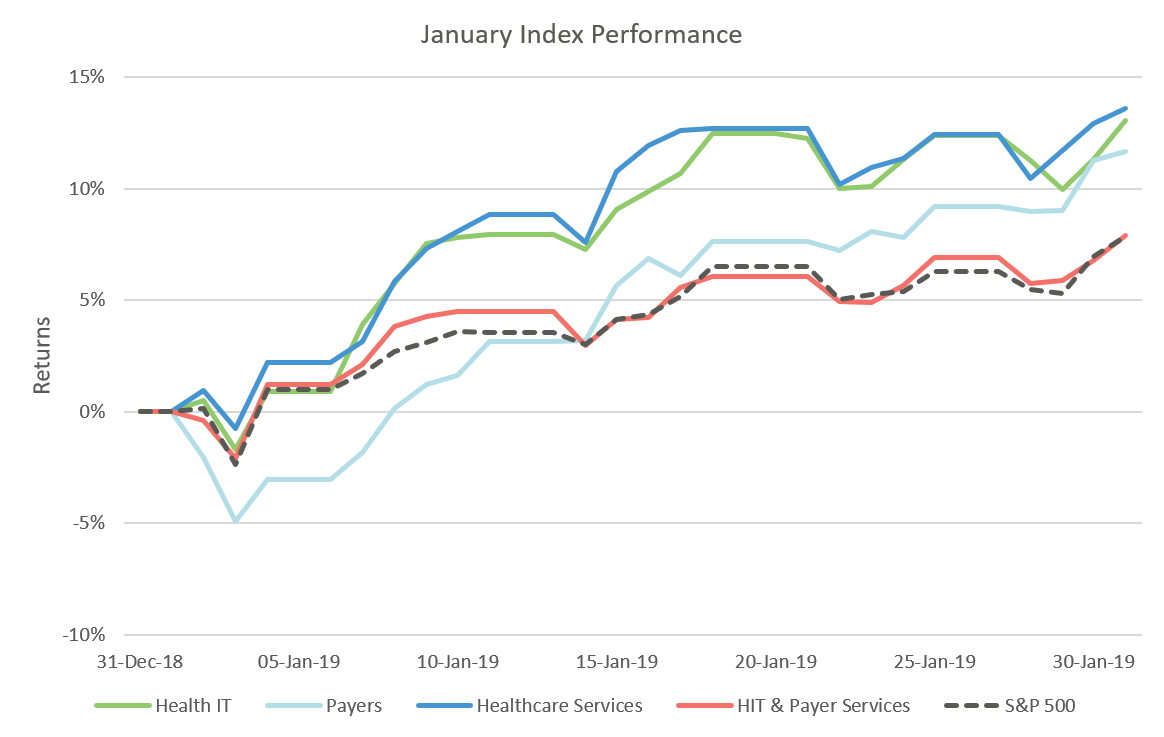 The following tables include summary statistics on the four sectors tracked by HGP as well as the S&P 500 and NASDAQ for January 2019: